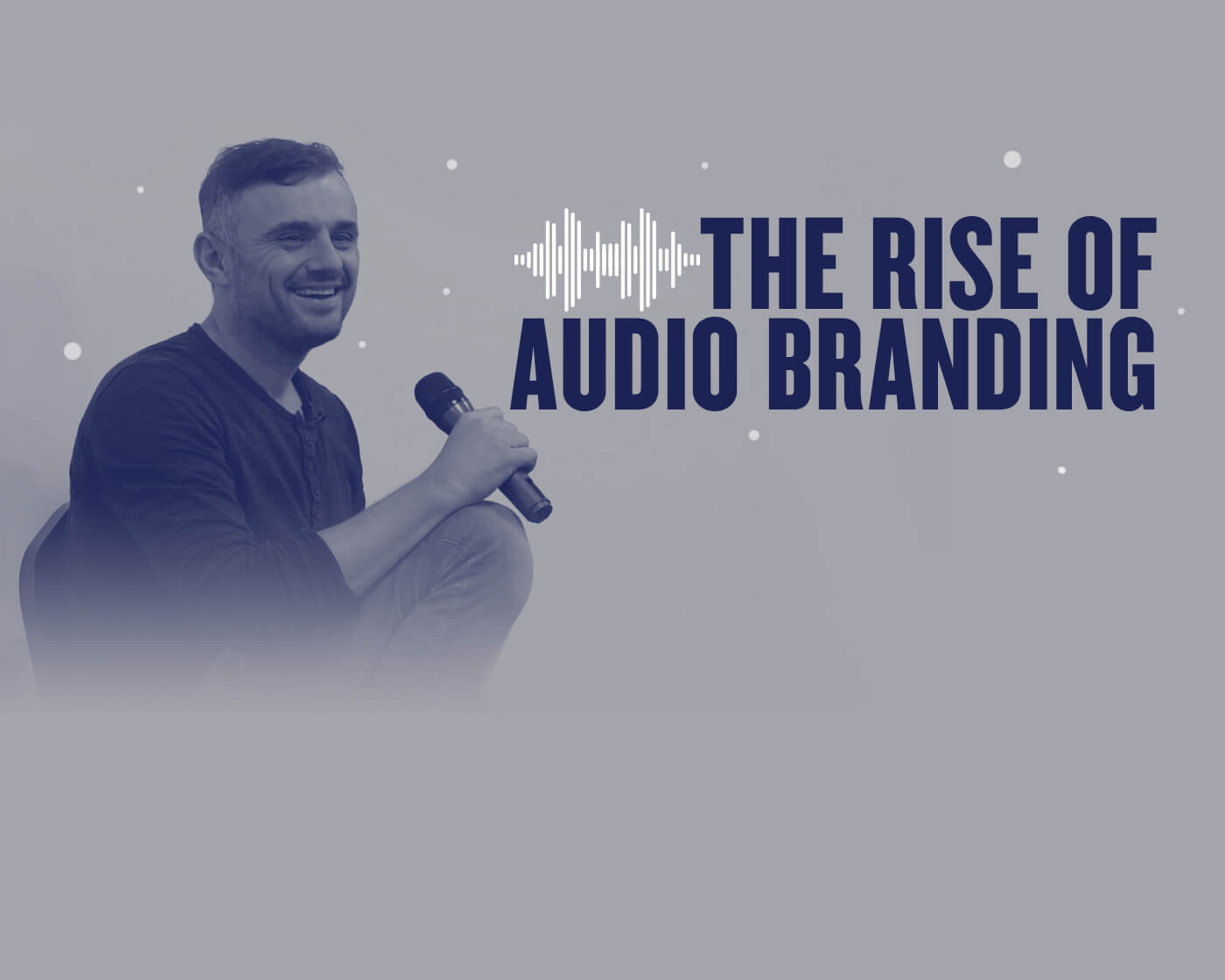 The Rise of Audio Branding

In the past 36 months, I’ve been talking a lot about how the next “wave” in marketing is voice – but what I haven’t talked about a lot is audio branding.

Audio and streaming in particular has increased massively in popularity with the emergence of Alexa and Google Home. And it’s super clear to me that this is just the beginning.

As voice gets more popular, branding in the audio world is about to become significantly more important. I even pulled my team into a room a few months ago and talked about how we need to adapt.

Sonic branding is about how your brand sounds and how it gets recalled or remembered — like the little jingle in the beginning of video games or the sound when you boot up your computer. It’s about to become dramatically more important for every single brand.

What is sonic branding?

To me, the thing that I am probably most passionate about with voice is the fact that “branding” has never been more important.

In a decade, a percentage of people will buy their product, goods, and services on a voice-first device. When that happens, you will start realizing how smart the branding strategies of companies like Kleenex, Xerox, and Uber really were.

If you do not start the process right now of branding your respective “Chips Ahoy” over “cookies,” what’s going to happen is we’re just going to say “Alexa, send me some chocolate chip cookies,” and the battle becomes which cookies are then sent – whether that’s Amazon’s private label, a Mondelez product, a Nabisco product, etc.

When you ask for jeans, imagine how much Calvin Klein or Levi’s are going to have to pay to be that go-to product, given the margin that Amazon could make in having their own private label.

The problem is, most companies haven’t thought about what their business sounds like.

It’s the same reason that we probably never thought about how important a username would be in a social media environment. When you ask a brand what their “tone guidelines” are, for example, they’ll have answers like “we’re an aspirational brand”, “we’re an accessible brand”, etc.

But when you ask them what their business audio identity is, many of them will just quote back those same adjectives.

But creating audio identity requires different thinking. For example… is your brand’s voice the voice of a 25-year old surfer? Is it the voice of a celebrity? Is it a song? Is it a whistle?

Over the next decade or two, what your brand sounds like is actually going to be an unbelievably crucial variable of success in a world that will be driven primarily by two things: voice and brand.

The real reason why audio branding is so important

Listen to these sounds and notice how you feel:

If you’re like most people, when you hear these sounds, you have pretty strong feelings.

But over the past decade, we’ve lived in such a visual world that disproportionately rewarded video content and images over everything else. In a Facebook and Instagram world, it’s important to have captions on videos because a lot of people don’t even have the volume turned on when they scroll through their feed.

For that reason, audio branding just hasn’t been as “top of mind” as it used to be.

But it matters for one care reason:

Normally, to capture the attention of the end consumer, cement your brand identity in their mind, or stimulate recall. you’d have to run a 10, 15, or 30 second advertisement on a relevant channel to capture their attention.

But sound is incredibly powerful because of the speed at which you can capture your audience’s attention and “cement” your brand in their mind.

In the voice world, brands have incredible opportunity to form deeper relationships with their customers. The reason we put famous singers and artists on such a pedestal is because of the connection we form with them through their music. Sound has a powerful ability to get us to trigger specific emotions and memories, and that’s impactful when it comes to brand.

It’s the same reason why podcasting is such an incredible medium — you’re in your audience’s earbuds, and that creates a bond with them that’s deeper than anything else.

Brands that have gotten in on audio branding early have able to rapidly create recall and brand association by playing their audio tag at concerts and other events. For example, P.C. Richard (an electronics store) created a jingle that’s used by the New York Yankees after striking out an opposing batter. A brand like Pepsi could play an audio tag at the Super Bowl halftime show to align themselves with pop culture.

Ultimately, sonic branding is the audio equivalent of a brand’s username. If a company plays their tag alongside advertisements or content that match their brand’s positioning, eventually that audio tag by itself will conjure up the intended feelings around that brand.

Personally, I’m adding my audio tag to every single one of my videos starting now, in early 2019.